The domestic dog (Canis familiaris) has the greatest breeding variability among all domestic animals. However, most of the more than 400 breeds have been bred by humans over the last two to three centuries. Breeding breeds changes in the character and exterior of the dog. Hair coloring is influenced by the production of the two main pigments eumelanin (brown to black pigment) and pheomelanin (light to brown-red, red pigment).

In recent years, great progress has been made in elucidating the molecular basis of hair pigmentation in dogs at loci A, B, D, E, EM, K, M, S. As with all genetic traits, each individual inherits one copy of all loci from each parent. The combination of the effects of all these loci determines the resulting dog’s coat color. 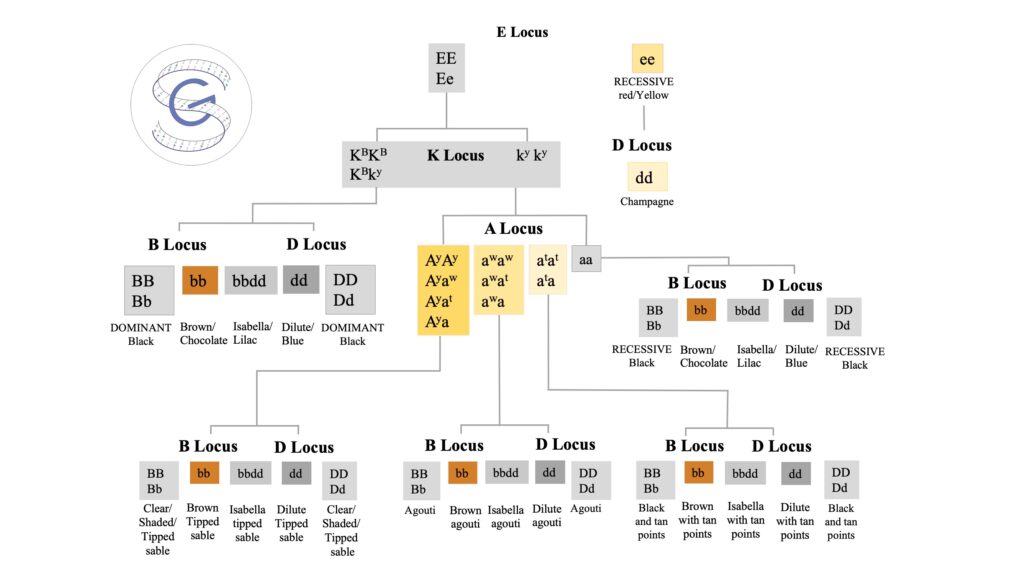 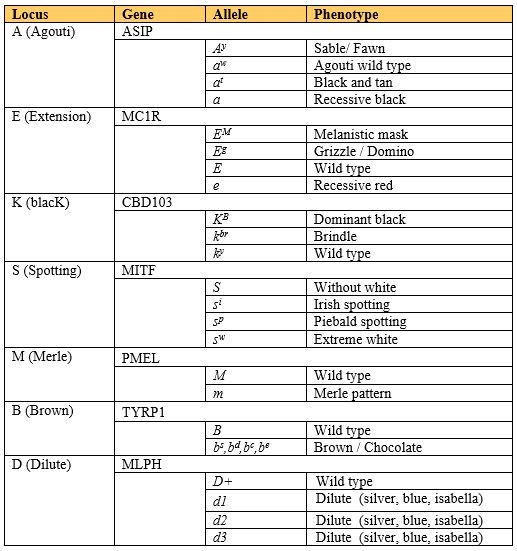 In 2006, the FGF5 gene was first described, which is the major gene determining hair length in dogs (Housley and Venta). In 2009, Cadieu et al. in collaboration with the National Human Genome Research Institute (NIH), based on a genomic association study, published the results of a study on the color and type of fur of pure-bred dog breeds. In this context, various gene variants have been identified in three RSPO2 (enconding R-sponding-2), FGF5 (fibroblast grow factor-5) and KRT71 (keratin-71) genes participating in the hair phenotype in dogs.